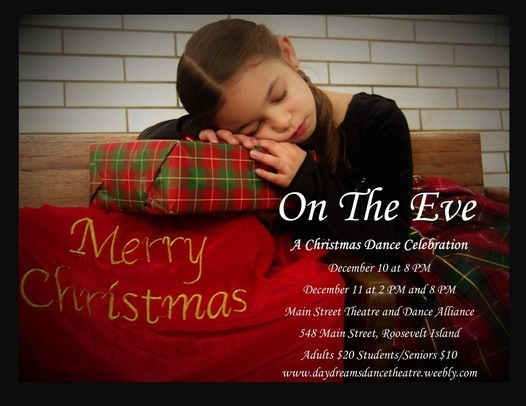 On The Eve
"On the Eve" was an original Christmas story from the Call Me Crazy Dancers. A crowd waits for a delayed train to arrive on Christmas Eve. As they wait on the subway platform, four individuals will go on journeys of the mind as they each search for the magic of Christmas. The multi-generational Call Me Crazy Dancers blend dance, theater, and their own original music to give a truly unique holiday show. The show featured several local dancers from Main Street Theater and Dance Alliance. www.mstda.org
​

ON THE EVE CAST AND CREW

Kelsey Chan Hernandez (Children's Ensemble) is 5 years old. She enjoys baking, reading and dancing. She is in training for Tae Kwon Do since 3 years old. Currently, she achieves a green belt. Weekly, she practices ballet, tap, jazz and Hip Hop at Fancy Feet Dance Studios since 4 years old. Her first film was when she played “Charlie” on a NYU student film, The Wendy Darling Show. Kelsey has been very good this year. She is very eager to put out cookies and milk for Santa to enjoy this Christmas.
Savannah Renée Rodriguez (Children's Ensemble and Logo Model) is a 6 year old First Grade Student at P.S/I.S 217. She loves acting, art, ballet & tap dancing, Girl Scouts, school, singing, and playing outside & making new friends on Roosevelt Island & NYC. Savannah has previously been a cast member in the musicals: "Shrek Jr.", "Funikijam Holiday Beat", "Mary Poppins", and "Calvin Speller! Voyage". She feels very fortunate to now take part in The Daydreams Theatre & The Call Me Crazy Dancers' production: "On The Eve, A Christmas Dance Celebration". Savannah is most appreciative to both John and Kara Curtis for casting her in the show, and she also wishes to thank everyone who made this musical possible; including 'The Main Street Theater and Dance Alliance'. Savannah is grateful for her Mommy & Daddy for all their loving support. Savannah will always cherish her time spent with the "On The Eve" cast, and she is hopeful to take part in future musicals with them at her beloved Roosevelt Island Theatre!
Sara Fox (Children's Ensemble) is twelve years old. She loves to dance, do gymnastics, sing, and act. She has been taking dance classes since she was three years old and loves it. She grew up in Manhattan, NY and always wants to learn something new. Sara is always looking for any opportunity to dance; whether it’s pro or recreational, it’s still fun to her. Sara wishes everyone a happy holiday season.
Sophia Pinzari (Children's Ensemble) is 10 years old. Sophia has been dancing since she was four years old and especially loves tap dancing. She is a member of the Hatkness Dance Center Performance Team with whom she regularly performs in nursing homes and senior centers in New York City. Sophia has danced at Hershey Park, Peridance and the 92Y. She also loves musical theatre and has performed with the MSTDA children's theatre group in The Little Shop of Horrors and Annie Jr. Sophia is very excited to be performing with the Call Me Crazy Dancers and wishes everyone happy holidays! ​
​Thea Spoorenberg (Children's Ensemble) is 8 years old. She speaks 3 languages, is into science and investigation at school and when after school, she loves mainly reading books and dancing. Since she was 3 years old, she enjoyed greatly ballet classes with Ms.Debrah Orenstein and Ms.Makiko Ishimori, MSTDA and later Music Together on Roosevelt Island with Owen and Brigitte. She now explores playing recorder at school, takes tapping classes and has lots of organized fun at theater rehearsals with Kara and John Kurtis discovering her growing dancing and performing skills. Dancing always made her feel very happy, peaceful and confident. Thea is very much looking forward to her Christmas Performance this year!
Kira Grace Shore (Children's Ensemble) is 16 months old. She is full of energy and always smiling.  She loves dancing to fun music. At 14 months, she was in a music video dancing with the Laurie Berkner Band song called "bubbles" on YouTube.  She thanks her mom, dad and her puppy Mikey.  Can't wait for Christmas!

Tara Wilkinson (Adult Ensemble and Dance Captain) recently graduated from Temple University with a major in Media Studies and Production.  She has been dancing for 20 years and has been trained in a variety of different styles including jazz, tap, ballet, modern, contemporary, hip-hop, and pointe.  Tara has had the opportunity to dance along side the Call Me Crazy dancers for 4 years in the Philadelphia Fringe Festival and in a Call Me Crazy Christmas show.  This will be her second CMC Christmas show with the group and she is excited to get into the holiday spirit!

Brooke Cannon (Adult and Childrens Ensembles) is thrilled to be performing in her 2nd Call Me Crazy Production.  She has been privileged to work with this talented cast and amazing choreographers. Brooke is twelve years old and an honor student.  She has been taking dance classes since she was 3 years old in multiple styles of dance.  She is a proud member of the award winning Philadelphia Dance Center Company and she was recently awarded for best performance quality in ballet and hip hop.  Some of her favorite music theater roles have been Young Charlotte (The Signs are Everywhere, Call Me Crazy Christmas), Flounder (The Little Mermaid), Duffy (Annie) and Amber (Hairspray). Brooke would like to thank John and Kara Curtis all of the hard work that they put into this production and for giving her the amazing opportunity to be part of On The Eve 2016. She would also like to thank her parents for their continued support. 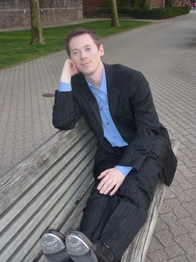 John Curtis (Producer, Adult Ensemble, Choreographer, Songwriter) John is an NYC based performer, producer, choreographer and songwriter. John is a University of Tennessee Alum and has performed with choirs, bands, dance companies, and regional theatres for 20 years. John created the Call Me Crazy Dancers as a spin off from the Philadelphia based jazz band, Call Me Crazy. His work has since been seen with the Call Me Crazy Dancers in the Philadelphia Fringe Festival, The Capital Fringe in Washington DC, and outdoor summer concerts in NJ. In 2012 John released an original CD called, Day For A Dream. John enjoys writing and recording songs for Call Me Crazy shows, and is thrilled to be presenting a show at MSTDA. Merry Christmas!
​​ 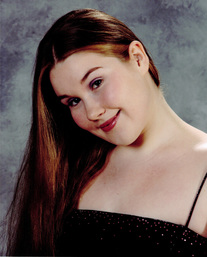 Nina Deacon ​(Adult Ensemble) trained at the Nancy Whyte School of Ballet in Bellingham, WA. At 13, she joined the Mount Baker Ballet where she danced her way from Snowflake to Snow Queen and performed many soloist and principle roles.  Off-Broadway credits include “Tchaikovsky – A New Stage Play” choreographed by Nancy Whyte  (American Theatre for Actors),“Still on the Corner” choreographed by Lonne Moretton (Castillo Theatre),the title role of “Golden Bird” in “Finding the Golden Bird” (Hudson Guild), “First Coquette” in “Dances of Life and Death” and the female lead of “Cocoa Swayze” in “The NuttyCracker”. Dance company credits include “Ballet for Young Audiences” “Linda Diamond and Co.”, “Jersey City Ballet”and guest artist with “New American Youth Ballet”. Nina danced at the Minskoff Theatre as part of the Broadway Cares benefit, "The Easter Bonnet”. She would like to extend a huge thank you to her parents, teachers, and choreographers, without them she wouldn’t be the artist she is today. 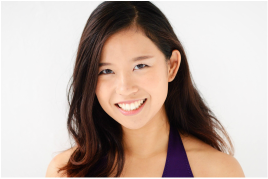 Maiko Harada (Adult Ensemble) is a NYC based dancer originally from Japan. She moved to NYC after graduating university in 2014 and has been training and working with Mr. Richard Pierlon. Maiko appears in works of Mischief Dance Theatre (NY), Kaleidoscope Dance Theatre (NY) and various dance projects. Her credits in Japan include West Side Story, Grease, Our Town and more. She is thrilled to be joining the company and wishes you a merry Christmas.

Carissa Lagano (Adult ensemble) began her dance career at the age of 5.  She participated in the apprenticeship program with Bobbie Ann's Dance Studio in Maryland and became an assistant instructor.  She has performed with: Weber Prianti at Three little Bakers Dinner theater in DE, Call Me Crazy Dancers and Day Dreams Dance Show in Philadelphia and Washington DC, Tidewater Players and Pheonix Festival Theater in MD.  Carissa is grateful to be performing and for God who always has a better plan she does.

Amy Smith (Adult Ensemble and Choreographer) graduated with a BFA in dance from Temple University with concentrations in modern, jazz and ballet. She was a modern dance scholarship student at the Pennsylvania Governor's School for the Arts and was asked back for several years to assist. Amy continues to train and take class at Broadway Dance Center, NYC and throughout Philadelphia. Amy has performed at the Suzanne Roberts Theatre as part of Koresh Dance Company’s Come Together Festival, the Koresh Artist Showcase, at The Producer’s Club in NYC, at The Laurie Beechman Theatre in NYC, at the Kraine Theatre in NYC, at the Teatro Centro Civico Eloy Alfaro in Guayaquil, Ecuador and has opened for BalletX in Philadelphia, to name a few. As a choreographer, Amy has directed her own dance company, The AccoMpanY Dancers, which performed at Temple University, in Atlantic City, and throughout New Jersey. Her choreography was presented at the Capitol Fringe in Washington D.C., at the Koresh Artist Showcase, Koresh’s Come Together Festival, in many theaters in NYC and throughout Philadelphia. ​​http://www.amysmithdance.com

Kristen Brasher (Dancer) is originally from Atlanta, where she started modeling and performing for special events at a young age.  She graduated from Birmingham-Southern College with a Bachelor's in Dance Performance.  While her training was in many different styles of dance, her favorite is tap!  She has also trained and performed with :pushing progress Contemporary Dance company in NYC.  Her passion for movement led her to become a Pilates instructor and she teaches in New York.  She is excited to be working with the Call Me Crazy dancers, and performing in On The Eve!  Happy Holidays!

Kevin DeYoe ​(Arranger, Composer) is a multi-disciplinary technologist, troubleshooter, and musician based in the Greater Philadelphia and New York City area who has a broad range of experience throughout the theatrical, installation, manufacturing, studio, and corporate event industries. He has worked in venues as small as private churches and as large as Radio City Music Hall, from extremely casual to extremely high-end. He is both talented and easy to work with, and does whatever he can to make your event, performance, or music as professional and hitch-free as possible. For more information, see his personal website, audeyoe.com.
Christopher Tolomeo (Arranger, Composer)- founder of the jazz combo, Call Me Crazy (and subsequently, the Call Me Crazy Dancers), Christopher is a PA-based music director, conductor, and musician.  He has music directed numerous musical theater productions in the PA, NJ, and DE area, including Media Theater of the Performing Arts, Montgomery Theater, and West Chester University.  He has released/produced three albums of original music, and has appeared as a sideman on many others, including Mercury Radio Theater and Gringo Motel.  He continues to arrange and record songs for use in the Call Me Crazy repertoire.  More info about Christopher: ChristopherTolomeo.weebly.com

Kaitlyn Abdul (Stage Manager) is a longtime resident of Roosevelt Island and participant of the MST&DA.  She has worked as assistant set designer, crew member, sound/light technician and assistant director in many shows including:  Annie Jr., Xanadu, Little Shop of Horrors and Honk. She can also be found performing in many MST&DA Adult Musical Theater performances, as well as onstage at both Royal Star Theater in Jamaica Estates and Maggie's Little Theater in  Middle Village.
​